Greg spent the next six years managing litigation, corporate, intellectual property, and regulatory compliance matters for a publicly-traded, multinational corporation.  “The formative years of my career were invaluable,” Greg says.  “I gained an unparalleled breadth of legal experience and got to see the inner workings of big corporations and wealthy insurance companies from the defense side.  I know how they operate.”

During this time, Greg stumbled upon a massive scam of the court system in Northern California.  In essence, a couple of tow company operators had spent the previous decade filing thousands of fraudulent lawsuits against innocent vehicle owners.  Greg spent over 1,500 hours of his time – pro bono – traveling to courthouses with his own copy machine to document the fraud and assist the Santa Clara County District Attorney’s Office with its own investigation.  In January 2011 the five defendants pled no contest to 162 felony counts and were sentenced to prison terms of up to fourteen years.  The case received extensive media coverage and Greg was hailed as an “Ethics Hero” (https://ethicsalarms.com/2011/01/10/ethics-hero-attorney-greg-adler/).  At the sentencing hearing, the judge credited Greg with “setting the system straight,” and Greg was twice the runner-up for the California State Bar’s Jack Berman Award of Achievement for Distinguished Service to the Profession and the Public.

After working with the DA’s Office for five years on the tow-scam case, Greg was recruited to work for the DA’s Office as a Deputy District Attorney.  He was one of only six attorneys hired out of over 600 applicants and won a guilty verdict in every case he tried.  “Becoming a criminal prosecutor was a great way to get lots of trial experience and see first-hand how the court process works,” he says.  “Most attorneys go their entire careers without ever trying a case.  They have no idea how to select a jury.  Having both civil and criminal trial experience gives me a much wider basis of knowledge of the litigation process – knowledge which I can then pass along to my clients.”  Santa Clara County Judge Julia Alloggiamento praised Greg’s trial skills in the news media in April 2012, stating, “Greg was great on a lot of levels.  He was always very prepared.  He was personable with the attorneys, but if he went to trial, he was very impressive.”

Wary of the financial difficulties of being on a public servant’s salary while living in Silicon Valley, Greg moved to Frisco, Texas in May 2012 and became a licensed Texas attorney.  Greg was then the General Counsel for two Texas-based companies, then started his own firm in 2014 and never looked back.

“So many of my clients come to me after experiencing life-changing events.  They feel like their world has fallen apart,” Greg says.  “Practicing personal injury law is an honor and a privilege because I get to help them put the pieces back together.  Over the life of a case, my clients and I often develop lifelong friendships because we’ve shared so much of our lives with each other.  You just don’t get that type of personal fulfillment working for big corporations.”

Greg’s passion is community service because he believes character is determined by how you treat those who can do nothing for you.  For nearly a decade he has spent countless hundreds of hours volunteering at Dallas-Fort Worth children’s hospitals in his homemade Transformers costumes.  “I want to look back on my life and feel as though I left things better than I found them,” he says.  “I can’t think of a better use of my time than putting smiles on the faces of sick kids and their families.” 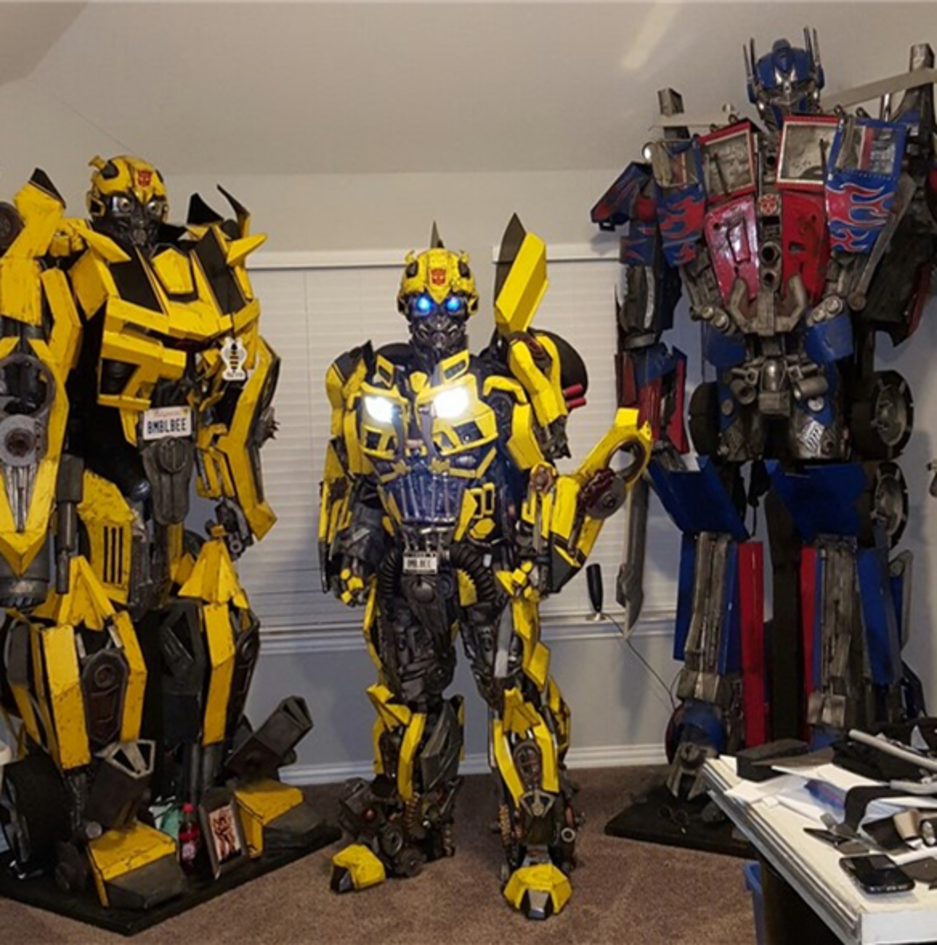 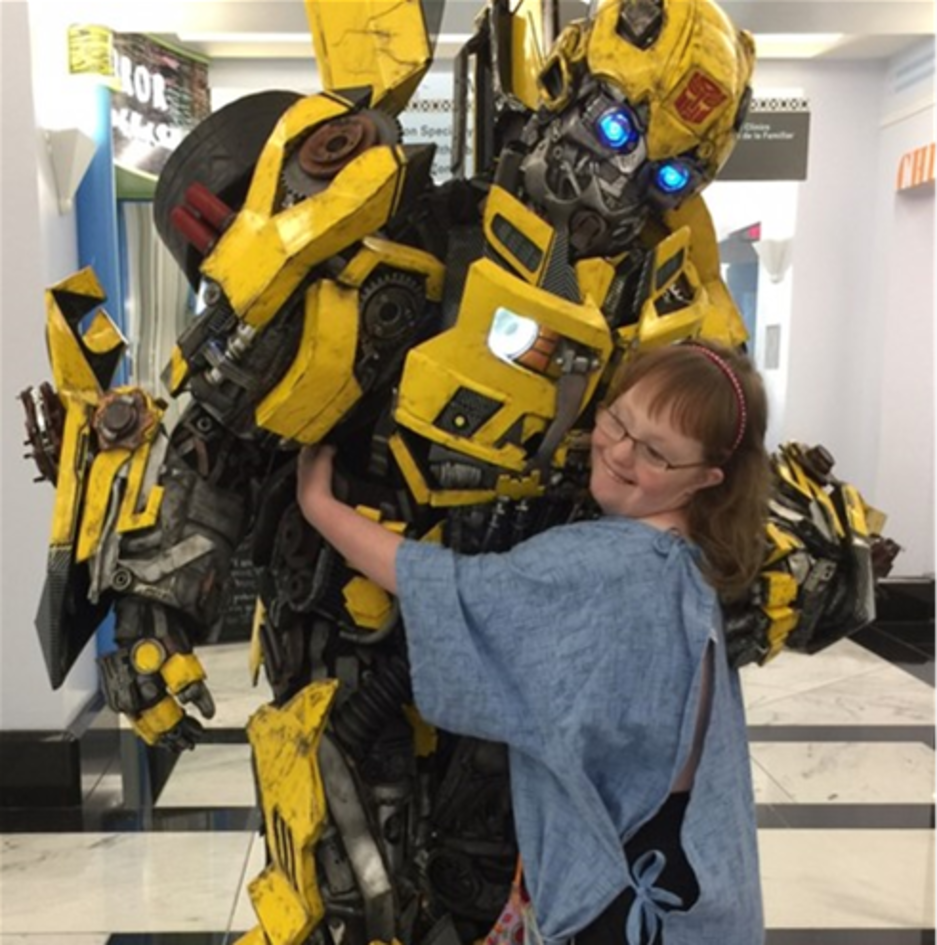 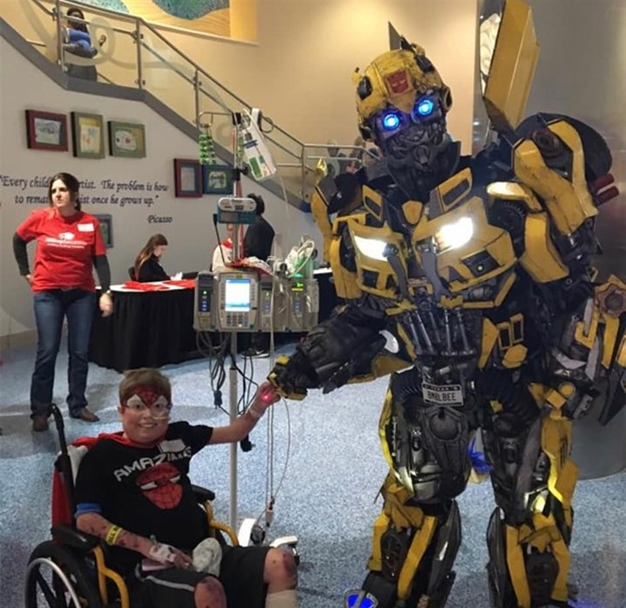 Since the beginning of the COVID-19 pandemic, he has switched to virtual visits, whereby he reads stories to the kids and interacts with them as both Bumblebee and Tony Stark. 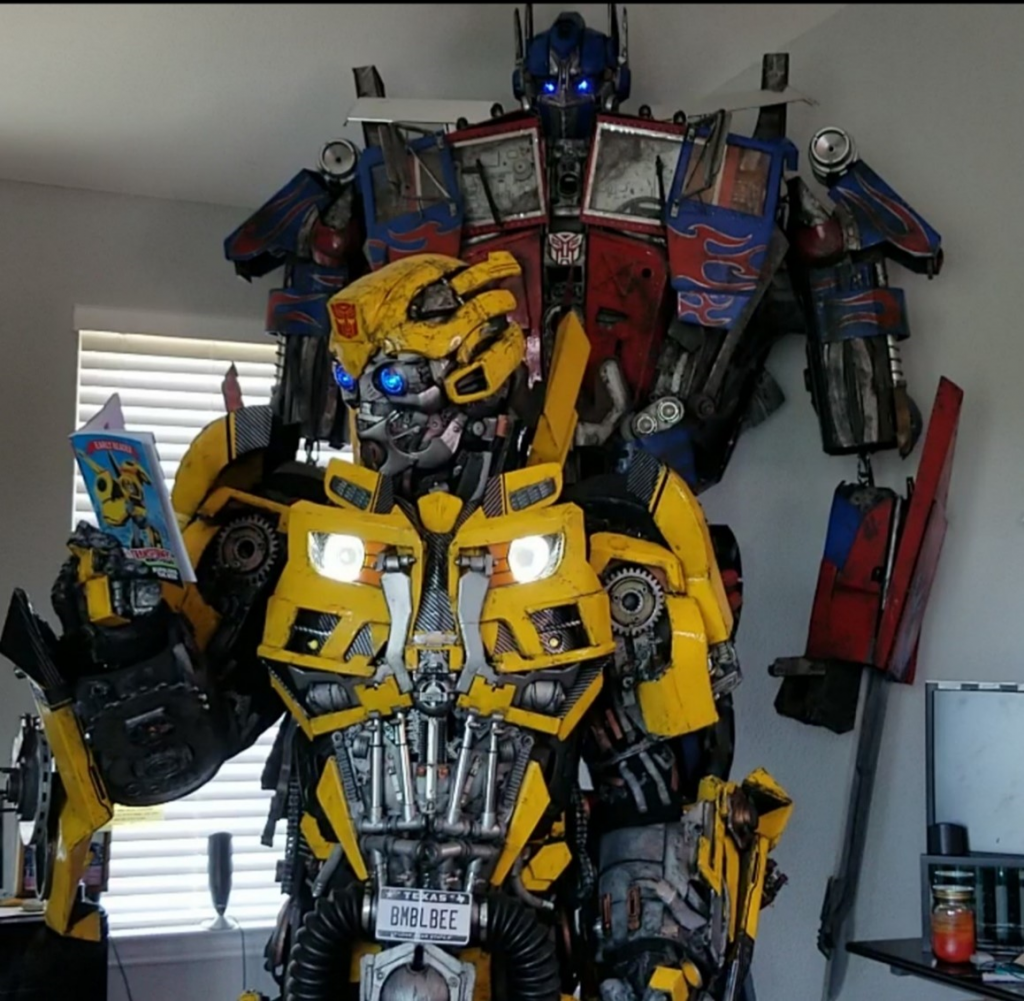 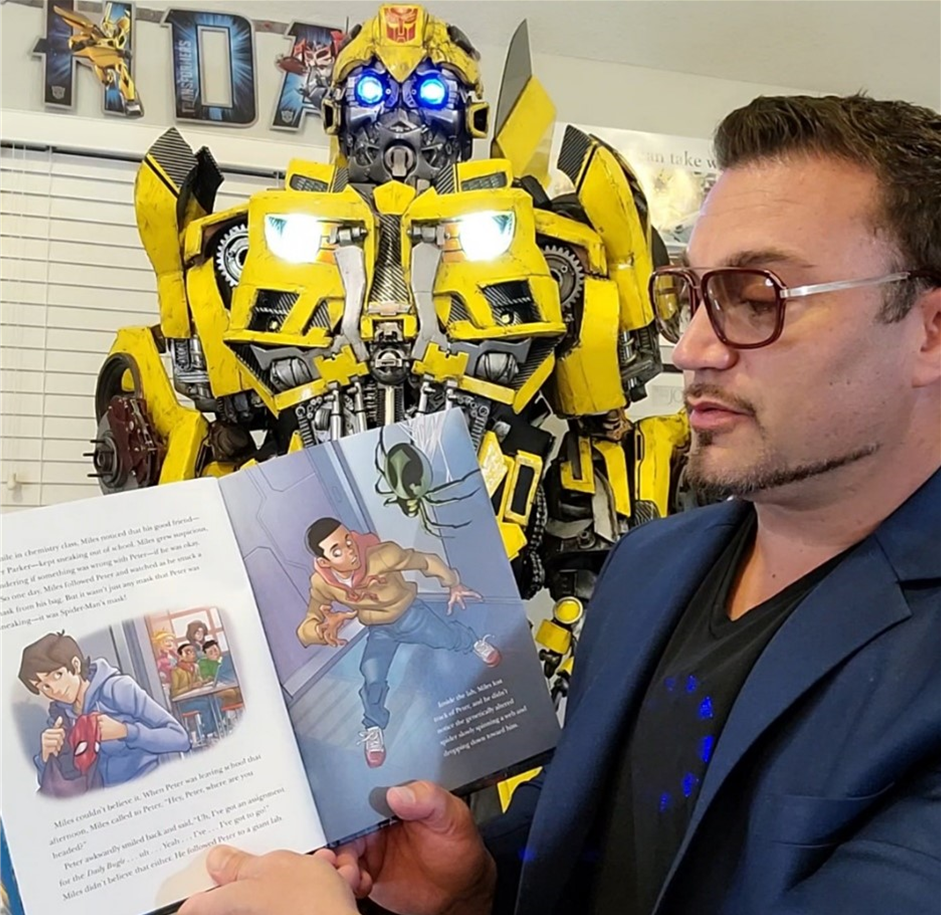 Greg lives in Frisco, Texas with his pack of tiny rescue dogs. In his spare time he enjoys working out, building costumes and Marvel movie props, and carving elaborate pumpkins for Halloween.  He has been featured in Popular Science for having won first prize awards at the world’s largest Halloween costume contests in Las Vegas (https://www.popsci.com/diy/article/2010-03/transformers-inspired-projects/) and was featured in an Iron Man Magazine “Success Story” for winning the 2004 MET-Rx Body Challenge (http://www.ironmanmagazine.com/wp-content/uploads/articles/6401-MetRx-Challenge-Winner-Adler.pdf) 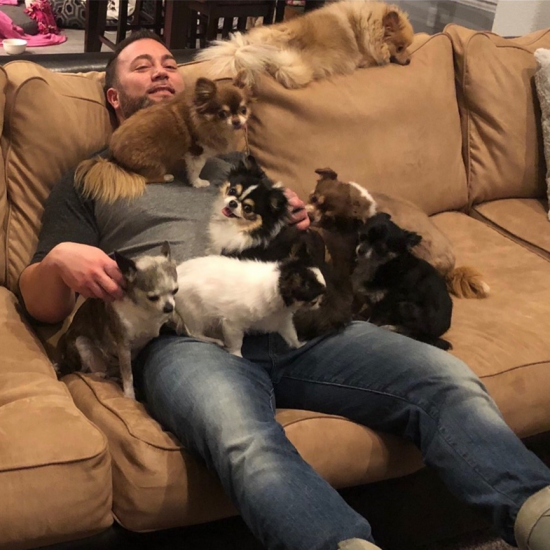